Nothing but the Best, That's Toshiko. 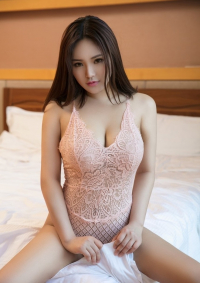 Toshiko really is a very special Asian Doll, and although there are many wonderful girls on this fabulous website, nothing really compares to her. Take a look at her pictures in the gallery section and you will surely agree that everything about her is perfection; she is phenomenally pretty, and her body is divine, especially her amazing breasts. Many men have fallen head over heels for her charms and always ask if she is available before choosing someone else, and many others have pleaded with her to be their permanent girlfriend. As an example of this, here is an account of what happened recently on one of her dates.

Toshiko was used to men booking her for a dinner date and was often taken to very nice restaurants or exclusive clubs for fine meals, but on this particular date even her own high expectations were exceeded. The client picked her up outside her apartment block in a chauffeur driven Mercedes and took her to a members only club in Mayfair where he had booked a private room usually taken by parties of up to eight people. The dinner was exceptional, and the wine was obscenely expensive, and over dinner the client was attentive and even overly polite. Just as coffee was served and without any warning, the client took out a Cartier box out of his pocket and opened it to reveal a diamond ring which he offered to Toshiko asking her to be his fiancée. Toshiko couldn’t believe it, and was at a loss for words, but the client explained that he had fallen in love with her when he had seen her at a casino with a friend of his the previous week and just couldn’t stop thinking about her.

Toshiko wasn’t going to look a gift horse in the mouth, so she accepted the ring and that made the client very happy. They left the club and drove to his house near Regent’s Park, where he gave her an envelope with more cash than she would expect for a week’s booking and told her that he wanted to spend the night with her to celebrate their engagement. Toshiko decided to play along and give him the girlfriend experience of the century, so they went upstairs to his bedroom suite.

The client changed into a dressing gown while Toshiko freshened up in the bathroom, and when she came out, he was sitting on a large sofa at the foot of the bed. Toshiko stood next to him and slowly took off her dress; when the client saw her awesome breasts encased in a black lace La Prada bra, he gasped and reached out to touch them; just take another look at the Toshiko pictures and I’m sure you will understand why. One thing led to another, and they found themselves in bed doing one thing after another to each other until finally the exhausted client fell asleep.

The following morning, the client explained that the “engagement” was only his fantasy, but that Toshiko could keep the ring. What an incredible girlfriend experience that had turned out to be!

Love In Isolation
My name is Kanako,  and along with many of my friends, as well as all of you, I have been stuck in my apartment for what seems like ages. Apart from the occasional walk to the market or the pharmacy, my life has become one of a daily routine at home which I have enhanced with a few naughty pastimes which I would like to share with you. read more

Nothing but the Best, That's Toshiko.
Toshiko really is a very special Asian Doll, and although there are many wonderful girls on this fabulous website, nothing really compares to her. Take a look at her pictures in the gallery section and you will surely agree that everything about her is perfection; read more

Hanami's Unexpected Upgrade
Do you remember the story about Hanami, the beautiful gynoid from the last blog here on Asian Dolls London? Well, here’s what Hanami did next. After a successful few months, during which time she made a lot of men very happy, read more

An Escort Designed for Pleasure
Once upon another time, in the not so distant future, there was a girl called Hanami who had become one of the most popular Asian escorts in London. Well, she looked and talked like a girl; but in fact, she was a hybrid gynoid read more

Korean Girls Just Want To Have Fun
With the popularity of K-Pop around the world in recent years, South Korea has become a mecca for Asian celebrities, and the beautiful girls in bands like BlackPink have demonstrated read more

High Class Oriental Escorts
There are so many escort agencies and independent escorts in London that sometimes it is hard for men to decide where to go and which escort to choose. read more

An Alternative to Dating for Men
There are so many pitfalls that can occur when a man meets a woman and asked her out for a date. There is always the chance that she will refuse, of course, read more